We specialise only in the sale of Mitas tyres and have the experience and knowledge to assist you in choosing the correct tyres for any given situation. Trellesport has been a UK Distributor for Mitas (previously Trelleborg tyres) for more than  20 years and we are passionate about the tyres and the brand we sell.

Beginning life in the early 1930’s as a subsidiary of Michelin, Mitas established itself as a major manufacturer of quality tyres soon after the second world war, and continues to produce many of the world’s best tyres in it’s three enormous Czech plants.

Today the Mitas product range is unparalleled and includes tyres for a wide variety of applications, from go-karts to massive earth-moving and mining machinery. 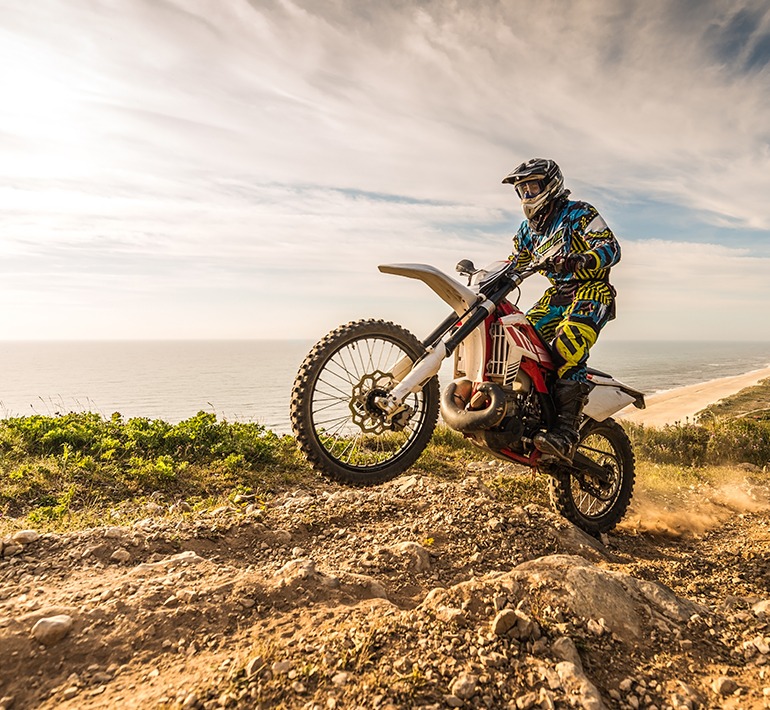 Mitas is the largest motorcycle tyre manufacturer in Europe. Using cutting-edge formulation and design, it produces hundreds of thousands of tyres every year, under the Mitas name as well as under contract for major tyre brands such as Michelin and Continental.

Mitas tyres are used around the world in competitive and recreational applications and occupy an ever increasing demand in the off-road and adventure travel markets.

Trelleborg motorcycle tyres have been manufactured under licence by Mitas since the year 2000. From 2010, Mitas no longer use the Trelleborg name for its motorcycle tyres, rebranding them Mitas ‘Sport Xtreme’. Famous tread names such as ‘Ten Master’ and ‘Super Master’ will also no longer be used, but the familiar tread pattern numbers will be maintained with the addition of a preceding X. For example:-

There will be some mixing of brands as stocks are turned over but rest assured, the tyre itself remains unchanged.

Specialising in the brand Mitas, Trellesport has been a UK Distributor for Mitas (previously Trelleborg) tyres since 1997 and we are passionate about the tyres we sell.

Trellesport can advise and give guidance on tyre choice drawing on knowledge and experience which has been gained through many years of National and International competition.

Trellesport offers a personal service and tyres can be purchased direct either on line or by phone. Tyres are despatched through a mail order delivery service either to your place of residence or work address. Trellesport is committed to being the best, we offer the finest tyres on the market for any type of terrain and condition.

Trelleborg have produced tyres for over 100 years and use only the finest raw materials to produce tyres of exceptional quality and value.

Throughout the 1960’s /70’s / 80’s and 90’s the worlds best Motocross and Enduro riders tested (for Trelleborg) tyres to destruction. Thousands of miles were covered over every conceivable type of terrain and condition, wet, muddy and slippery conditions, dry hard packed conditions, sand, deep mud, desert, snow and ice.

In October 2012 CGS Holding as, the parent company of Mitas acquired ownership of Savatech, as with Trelleborg in 2000, the Sava branded tyres will be gradually replaced by the Mitas brand name further enhancing the fantastic range of tyres available in all segments of Motorcycle tyre production.

Already planned is further enhancement of tyres in the Adventure bike sector along with continued development of the entire Enduro and Motocross range.

Tyre manufacturing is a science and seriously competent riders work in tandem with Mitas’s chemists to produce tyres for your use today. Mitas is serious about tyres and serious about producing the best tyre for any condition.